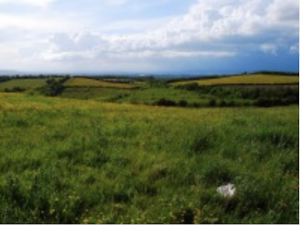 The village of Carmunnock, meaning “the church in the hill”, is situated between two of Scotland’s largest towns – Glasgow to the north and East Kilbride to the south-east. Carmunnock, which is the last remaining conservation village within Glasgows city border, has managed to retain a rural atmosphere and friendly charm. Overlooking the fabulous city of Glasgow and her surrounding suburban areas , there could be no better location to host The Carmunnock International Highland Games

The Carmunnock International Highland Games are organized by a committee brought together by Dr Douglas Edmunds.
Dr Douglas Edmunds is regarded as the “Godfather” of the strongman sport through the development of a TV game show into an authentic worldwide sport. Over a fifteen year period he was responsible for the origination of events, selection of athletes, being chief referee and the creation 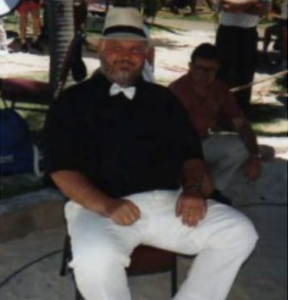 of IFSA the international governing body of strength athletes. Dr Edmunds has his roots in the highland games where he has competed in and organised competitions over a fifty year period. As an athlete he was national champion in shot putt, discus and weightlifting, played international rugby and proudly held the SGA world championship title in caber tossing and the Braemar Games Championship. He has also been responsible for originating, solely and in partnership, many highland games throughout the world, including; Zambia, Nigeria, Iceland, Canada, Finland, Holland, Northern Ireland, England and of course Scotland. As well as nurturing “grass root” competitions, major competitions have included; the Commonwealth Games Pageant 1986, various European and World Championships and the staging of the World Highlander Championships for national TV at Blair Atholl, Scone Palace and Glenarm Estates.
Douglas has a passion for the games and its characters.

One such character is his son, Gregor, one of the leading highland games athletes of his generation. In his early years he competed as a strongman

and was runner up in Britain’s Strongest Man twice and also made the Grand final of the World’s Strongest Man in Kuala Lumpur.
Gregor has also won all the major Highland Games titles including the SHGA and IHGF World Championhips and the Highlander World Championship as well as the Scottish Open Title at Crieff and the Braemar Championship. Gregor currently holds the SHGA world record for throwing the 28lb weight for distance (95ft 10 ½ ins) Gregor designs, manufactures and gauges event equipment for the ongoing World Strongest Man TV series and also acts as head referee.

Another leading character of the Carmunnock Highland Games committee is our Chairperson, Marion Begg.
Marion was born and bred in Carmunnock and her family history dates back over 100 years in the village. Marion left Carmunnock when she was 17 to pursue a career in nursing in Edinburgh. During her time in Edinburgh in the 1980’s, Marion would often return to Carmunnock, particularly for the Highland Games. When she moved back to Carmunnock for good six years ago, she had a conversation with Margo Clark about Douglas Edmund’s intention to bring back the Games. With a passion for the local community, Marion was delighted to put a committee together to help organise the event. Marion joined as chairperson as she wanted to “bring some fun to the village”.
She has certainly achieved her goal of doing this with the Carmunnock Highland Games.

Probably the most graceful of the Heavy Events, however, the footwork necessary is very intricate. The technicalities have much in common with discus throwing, although the weights used by our athletes are about 10 times heavier.
56lb Weight for height

Originally practiced in the farm yard, where an object , such as a barrel top, would be suspended from a pulley at the hay loft, or alternatively, from the branch of a tree. Nowadays the athletes throw the half hundred weight over a bar on stands, as in the pole vault.

This very traditional event has long been one of Scotland’s favourites. Indeed, it became so popular during the reign of Edward III, that a law was passed to make Stone Putting illegal. This was because archery, so essential for national defence was being neglected! Like the stones used at most Highland Gatherings, the ones used in the Carmunnock Games come from the bed of a Scottish river where the action of the water has gradually worn the stone to the shape and smoothness required for this event.

A pitchfork is used to hurl a bag stuffed with straw over a horizontal bar above the competitor’s head. Typical weight for the bag is 16lbs (about 7kgs). Three chances are given to each competitor to cleanly go over the bar, without touching it. After all challengers have made their attempts, the bar is raised and all successful competitors move on to the new height. This continues until all but one athlete is eliminated.

The farmer’s walk event is seen in many of the strongman competitions today. For years, it has been a common event at competitions of all levels. From the Carmunnock Games to the World’s Strongest Man, it tests more than just the grip. Sure the grip is tested in this event, but so is the agility, upper back and leg strength as well as the mental toughness of an athlete. Starting with a heavy deadlift-like movement and then moving with the weight over a certain distance is a great way to test the athleticism and strength of anyone!

As the name suggests, lifting these solid stone spheres is a true test of any athlete’s strength and stamina. Stones of increasing weight and circumference are lifted onto large wooden casks, approximately 5ft tall. Stones range from 50kgs – 120kgs and the smooth stone spheres demand a combination of grip, skill and technique when lifting.

The pole push uses a 2.5 metre long  rope-handled pole where two competitors will attempt to push each other out of the 5 meter diameter circular

The Swingle Tree is a traditional Highland Shepherd strength test that dates back over a century.  These days a shepherd’s crook is used but the traditional Swingle Tree is a wooden shaft located on a cart or carriage as part of the horse harness. Two competitors are in a seated position with their feet against a wooden beam, holding either end of the crook.  Competitors will attempt to pull one another to their side, the loser being the competitor going over to the opposite side.